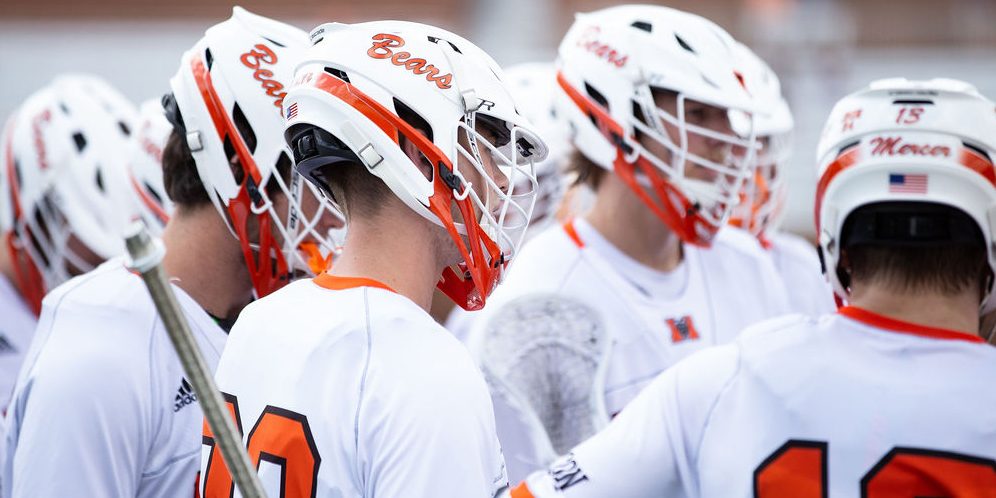 It’s been addition by subtraction for the Mercer, Georgia’s only Division 1 college lacrosse program.

Following the resignation of Kyle Hannan in August, the Macon-based school had named Chad Surman as his interim replacement.

With an announcement yesterday by Mercer Director of Athletics Jim Cole, the interim part of the title is now gone: Surman is now the program’s full-fledged head coach. 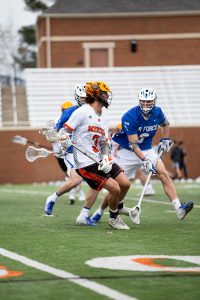 Having served on the staff since 2016, Surman undoubtedly has few illusions about the challenge he now faces with the Bears.

The “firsts” achieved by the Mercer program have historically tended to be the kind you don’t want to memorialize.

In 2019, for instance, Mercer gave Utah its first victory in its inaugural season of Division 1 lacrosse, just as it had provided Michigan, a team anchored by 25 former MCLA players, with its first win in the Wolverine’s inaugural 2012 season.

But in fairness, the Bears in 2012 were only in their second year of existence, and unlike the Wolverines they didn’t have the benefit of a robust, championship-caliber MCLA program to draw from. Their roster that first year included an astonishing 36 freshmen.

When Hannan took over in 2013, the Bears program had recorded two D1 victories in its two seasons of existence. He went 37-62 overall, with the program’s high-water mark coming in 2015, when the Bears went 5-1 in the Southern Conference’s inaugural season, and qualified for the league’s tournament. 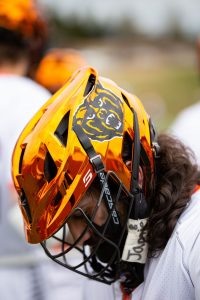 One of the more memorable helmet designs in college lacrosse. (Photo for LaxAcrossAmerica by Matthew Pendry/PendryPhoto)

And Surman will have to gain any ground within what has become an increasingly competitive Southern Conference.

Even with the discontinuation of Furman’s D1 lacrosse program, the Bears will inevitably struggle to keep pace with Richmond and High Point, two conference rivals that seem poised to become recurrent top-20 programs. An ambitious Jacksonville program under John Galloway should benefit from some key transfers in 2021, and Air Force, a dangerous program that has consistently punched above its weight, knocked off Duke in the 2020 season opener. 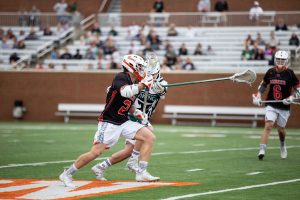 Nick Rockefeller of Acworth, one of 14 Georgians on Mercer’s 2021 roster, and a standout middie. (Photo for LaxAcrossAmerica by Matthew Pendry/PendryPhoto)

Its hard to read too much into any given team’s record in the Covid-curtailed season of 2020.

Mercer is no exception. The school was understandably quick to trumpet a blazing 6-1 start, but the Bears’ first victory came against a non-D1 school (Florida Tech) and the remaining D1 victories came against a not-so-impressive gauntlet consisting of Hampton, Wagner, St. Bonaventure, Monmouth, and Cleveland State (though the C.S.U. Vikings put up some perplexing results, hanging with Denver for much of the game, defeating an Air Force team that, again, defeated Duke, but also losing to Mercer and edging Bellarmine by a goal).

But what did come through unmistakably despite the foreshortened season was the potential power of the Bears offense. Yes, it was easy to wave off accounts of attackman Sean Goldsmith racking up 6 goals—-against Florida Tech. But Goldsmith, a sophomore from Jamestown, North Carolina and Northwest Guilford, is a legitimate talent and he also, for the record, scored three in 2020 against a top-10 North Carolina team.

Nick Rockefeller, a standout middie with the Bears, and Georgia native out of Acworth, also put in two against the Tar Heels.

With some continuity at defense, and Colin Kelley showing promise in goal as a freshman in 2020, the Bears should make a corresponding improvement on defense as well.

Surman may not have seen a great deal of success during his time in Macon, but his resume includes experience with three national championship teams.

As a defenseman he helped Onondaga Community College win a NJCAA title before moving on to D2 with Le Moyne and ultimately D3 Salisbury, where he was a member of national championship teams in 2011 and 2012.

That winning sensibility, and some maturing talent, should help propel Mercer to more secure footing in a rapidly improving SoCon.