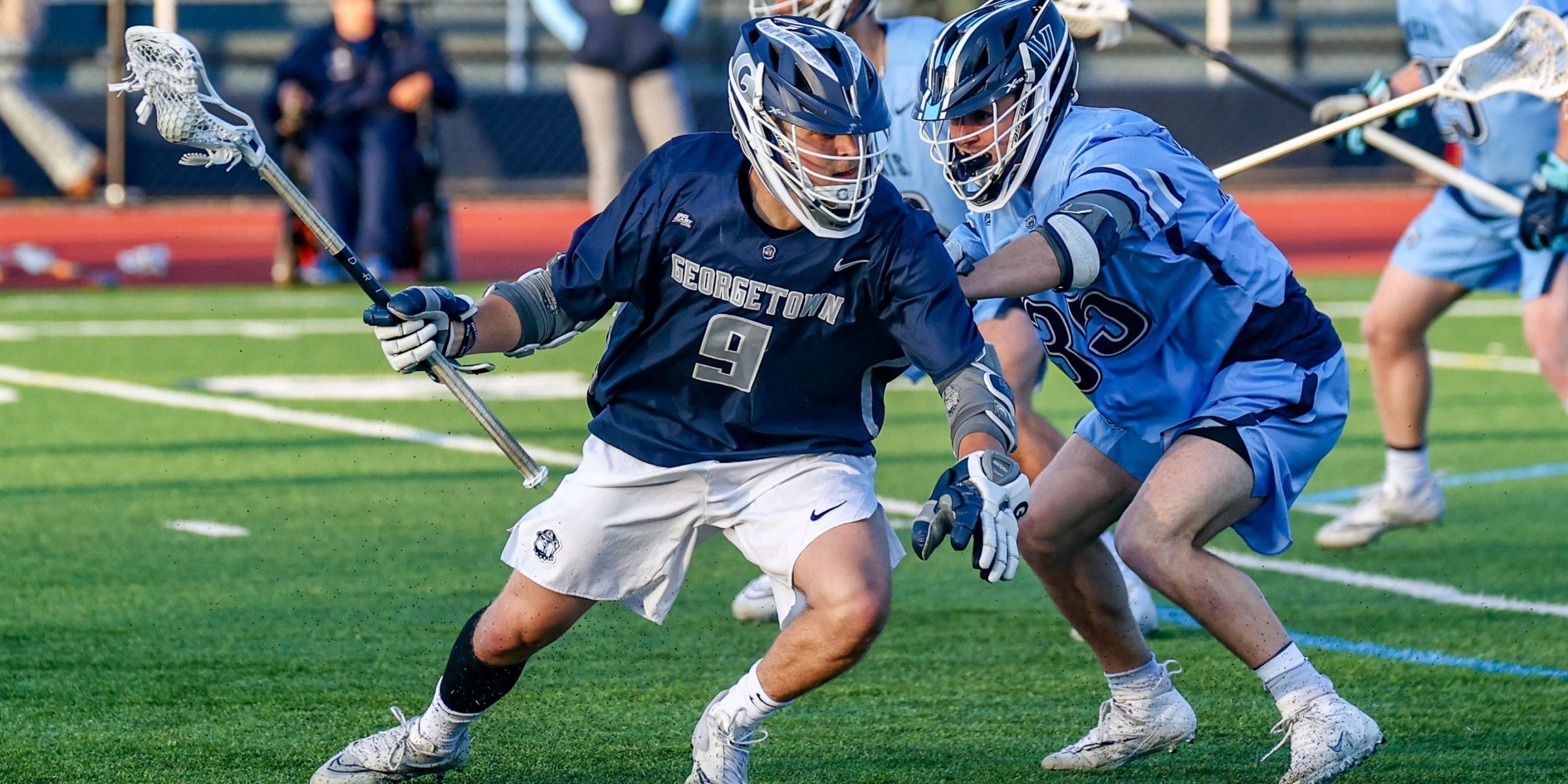 Inside Lacrosse has recognized as First-Team Media All-Americans two players from outside the sport’s traditional hotbeds: Oregon’s Sam Handley, a midfielder at Penn, and Georgetown midfielder Graham Bundy Jr., from St. Louis, Missouri.

For Handley, his selection by IL marks his first post-season honor since 2019—-which also marks his last full season of D1 competition. Handley ended the 2019 season, his freshman year at Penn, as a First-Team selection by both the USILA and Inside Lacrosse. As a member of the Ivy League, Penn did not compete in D1 play in the 2020 season.

Handley also remains in the running on two fronts.

Having defeated Richmond in the opening round of the 2022 NCAA Tournament, Handley and the Quakers will face Rutgers on Saturday, May 21st. Handley is also one of 5 finalists for the Tewaaraton Award. The only Tewaaraton winner from west of the Mississippi remains Colgate’s Peter Baum, who won in 2012.

(That year, interestingly, saw a total of 4 other players from non-hotbed regions, in addition to Baum. among the final 25 Tewaaraton Nominees:  Arizona’s Pierce Bassett of Johns Hopkins, Florida’s Jesse Bernhardt of Maryland, California’s Roy Lang of Cornell, Georgia’s Scott Ratliff of Loyola.)

For Bundy, the timing of his selection wasn’t as fortunate, as the announcement came during halftime of Georgetown’s opening round game—which ended with the #2-ranked Hoyas upset by Delaware.

That said, Bundy’s First-Team honors selection by Inside Lacrosse was his second in a row (he was also a Second-Team USILA honoree in ’21) and capped a season in which he lead the 15-1 Hoyas in scoring (45, 25). Bundy had also been among the 25 Tewaaraton Award Nominees for the 2022 season. 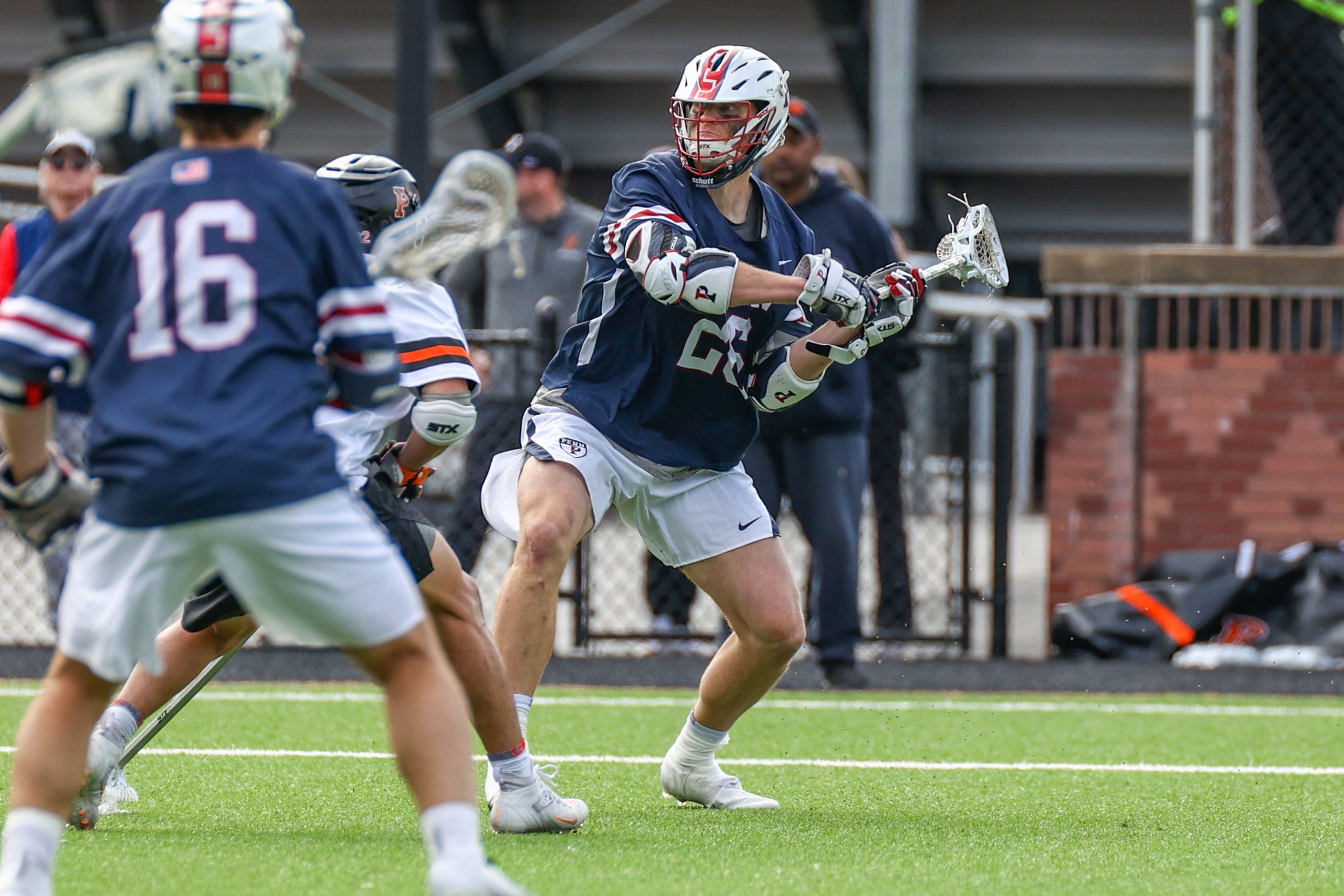 Penn’s Sam Handley from Oregon remains in the running in 2022 for both the Tewaaraton Award and an NCAA national championship. (Photo for LaxAcrossAmerica by Mike Kruce).

The Different Paths of Handley and Bundy

Both players emerged from outside lacrosse’s traditional hotbeds, but broke onto the D1 scene under very different circumstances.

Bundy came to Georgetown a fully-accredited, top-shelf prospect. He entered the 2020 season with the Hoyas as Inside Lacrosse‘s top-rated freshman midfielder, and the #5 overall recruit.

He’d punctuated that performance with selection to both the Under Armour All-America Game, and the Team USA U19 team.

By contrast, IL had Handley rated 4th—fourth, that is, among incoming freshman on his own Penn team.

Handley wasn’t even a starter when the 2019 season began; but he did end up starting 14 of 16 games, and recording 60 points, including 35 goals.

The Quakers had been 7-8 the year before.

They hadn’t won an Ivy League title or an NCAA Tournament game since 1988. 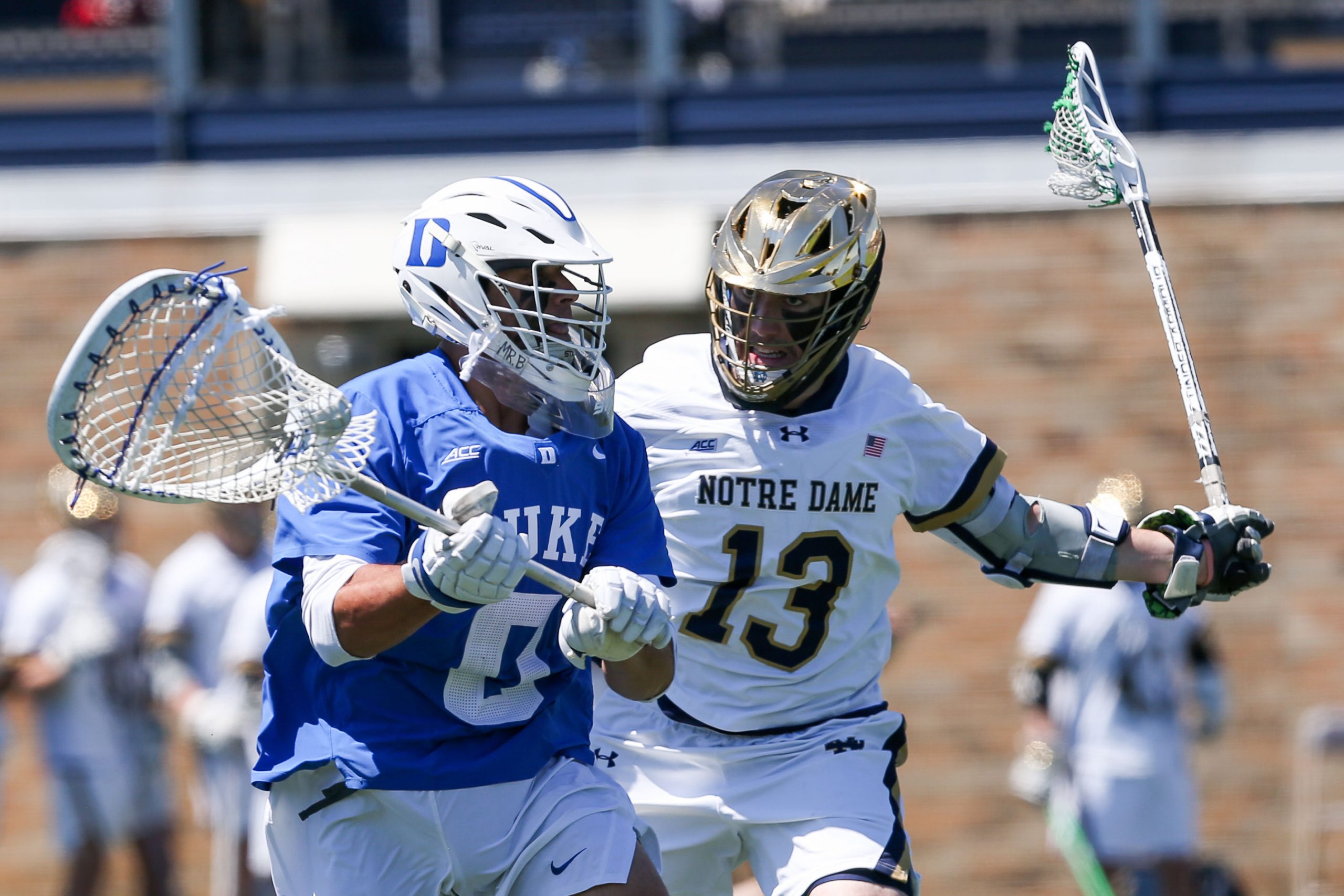 Duke’s Mike Adler, one of three Floridians selected for All-American honors in 2022 by Inside Lacrosse, moves the ball upfield against Notre Dame. (Photo for LaxAcrossAmerca by Gary Brockman)

Other Non-Hotbed Talent Recognized by Inside Lacrosse

Handley and Bundy weren’t the only non-hotbed players receiving All-American honors from Inside Lacrosse for 2022. Here’s a summary by state.

Handley is actually only one of four All-Americans from Oregon—and specifically, from the Portland area.

Attackmen Ross Scott (Rutgers) and Tucker Dordevic both received Honorable Mention honors. Dordevic played at Syracuse in 2022, but has since entered the Transfer Portal.

The Texas delegation is led by former First-Team All-American Nakeie Montgomery of Duke, named this year to the Second-Team at midfield. Montgomery was one of two honorees from the Episcopal School of Dallas, the other being Honorable Mention selection at midfield Patrick Skalniak of Navy. (Yet another ESD alum, Charlotte North is a Tewaaraton Finalist on the women’s side).

Utah figured in All-American honors in two ways; Ute defenseman Sammy Cambere was recognized, but also two native Utahns. Maryland midfielder Bubba Fairman (who attended Deerfield in Massachusetts) is from Sandy;  Princeton’s Beau Pederson, a defensive middie from Park City is another Honorable Mention (his brother, Mcknight, is a freshman with the Tigers).

Duke LSM Tyler Carpenter, a Durham native who attended the Salisbury School in Connecticut, a New England prep power, was selected as an Honorable Mention at LSM.

Sneering at our including Ohio as a “non-hotbed state”?. Check out our argument for including it.

Whatever your conclusion, Milford’s Jack Hannah was an Honorable Mention selection at midfield for Denver.