You are here:
ConnecticutNew England 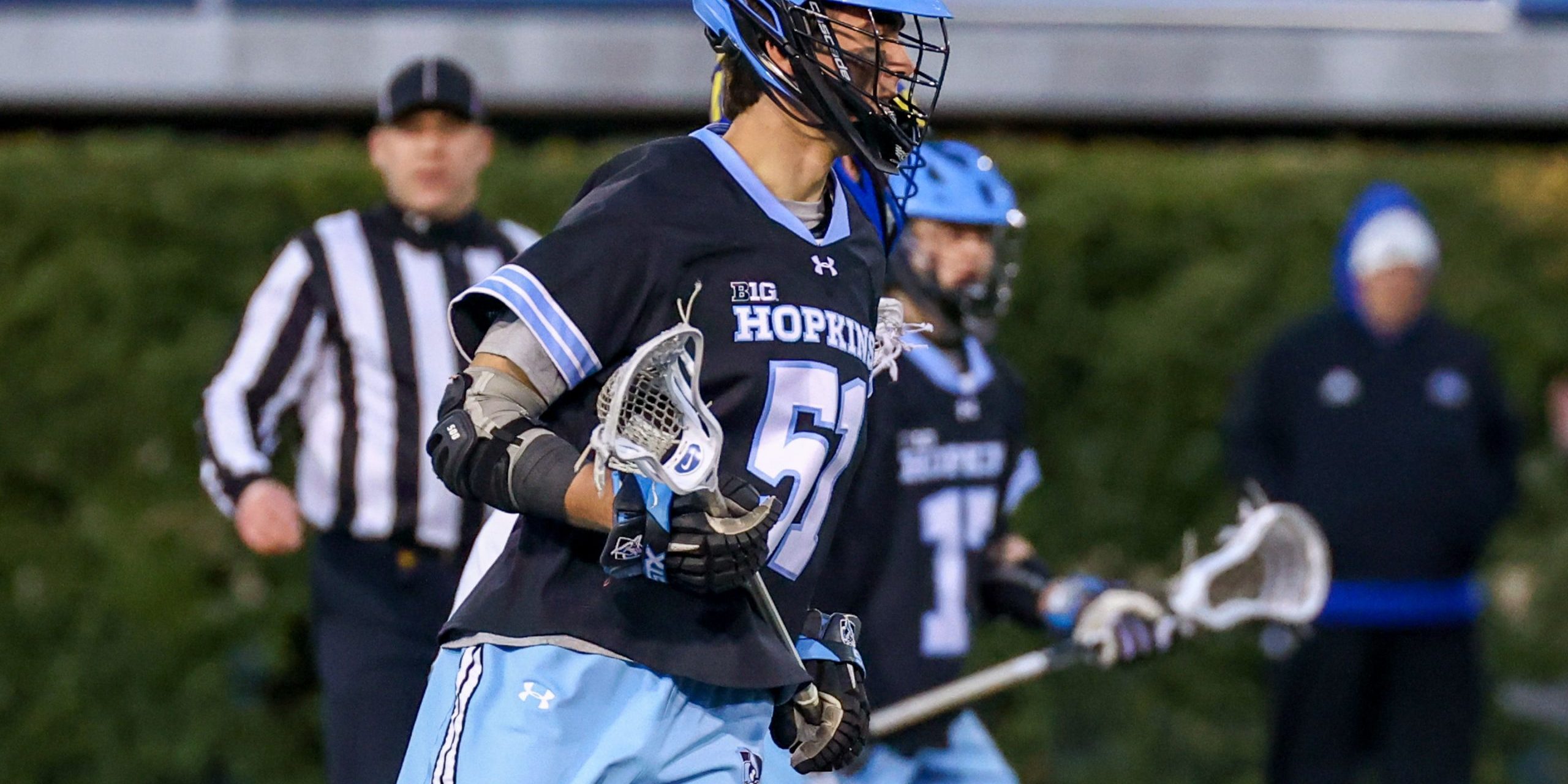 You’d find them playing at such top-tier D1 programs as Maryland, Virginia, Cornell, and Duke.

And don’t forget the Canadians.

There were another four of those: two at Johns Hopkins (Jakson Raposo and Johnathan Peshko) and two at Yale (Griffin Wilson and Skyler Wilson).

All tolled, there were 32 Salisbury alums on D1 lacrosse rosters in 2022; and they were represented on all 11 conferences which comprised the Division 1 level in 2022.

Among them is Logan McNaney, who enters Championship Weekend as the All-American goalie on Maryland’s undefeated, top-ranked team. Originally from Corning, New York (his coach John Tillman’s hometown), McNaney spent both his junior and senior years at the Connecticut school.

Along with boarding schools like Culver Academy, Deerfield and Avon Old Farms, Salisbury has been a reliable, and long-established source of Division 1 lacrosse talent.

And like those schools, Salisbury has also played a significant role in attracting and developing lacrosse talent from around the country, but especially from those areas outside the sport’s traditional hotbeds. 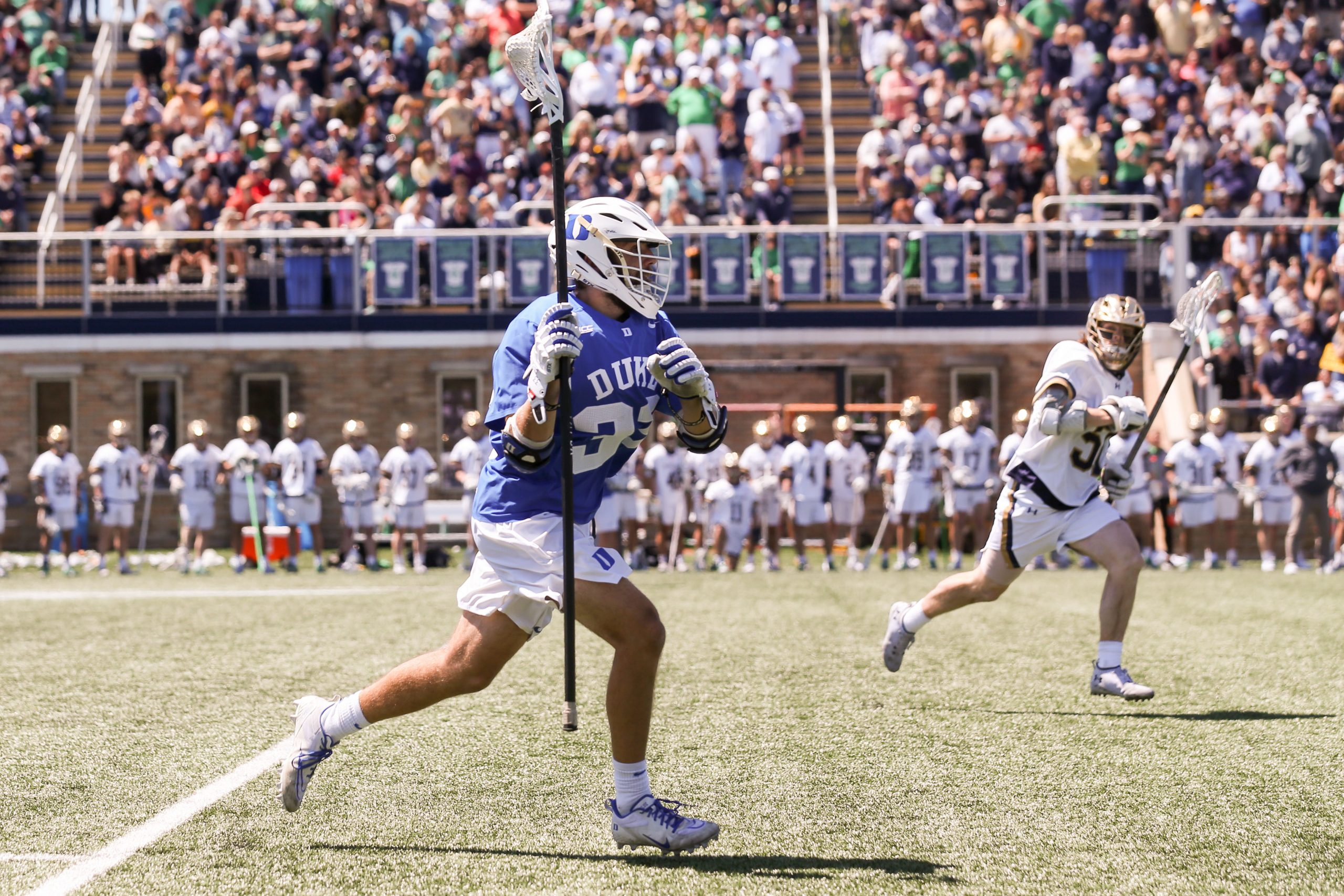 Salisbury continues to attract and develop players from a broad swath of North America.

The ’22 roster includes players from 16 different states, as well as two Canadian provinces.

(Brodie Merrill, a star at Georgetown whose family later established Ontario’s Hill Academy and its powerhouse lacrosse program, actually spent a postgrad year playing at Salisbury; and, again, belying the unfortunate stereotype regarding the academic caliber of PG’s—something also dispelled in our profile of Deerfield’s lacrosse program—Merrill actually won the school’s math prize.)

Whether they spend multiple years at the school, as McNaney did, or just a single PG year (as in the case of Duke All-American Tyler Carpenter, who came to the program after four years at Durham Academy in North Carolina), players can count on facing elite competition.

Just within its own conference, Western New England Division 1, the Crimson Knights have to face a withering gauntlet including such nationally ranked programs as Deerfield, Taft, Avon Old Farms, and most formidably, Brunswick.

(Brunswick ended its 2022 season 15-1, and ranked #3 nationally; its sole loss came against Salisbury).

And, like Brunswick, the Salisbury program has made inroads nationally as well. The Crimson Knights won 17 games in 2019, with their only loss coming in the finals of the Geico Invitational against one of the bluest of MIAA blue-blood programs: Bullis. 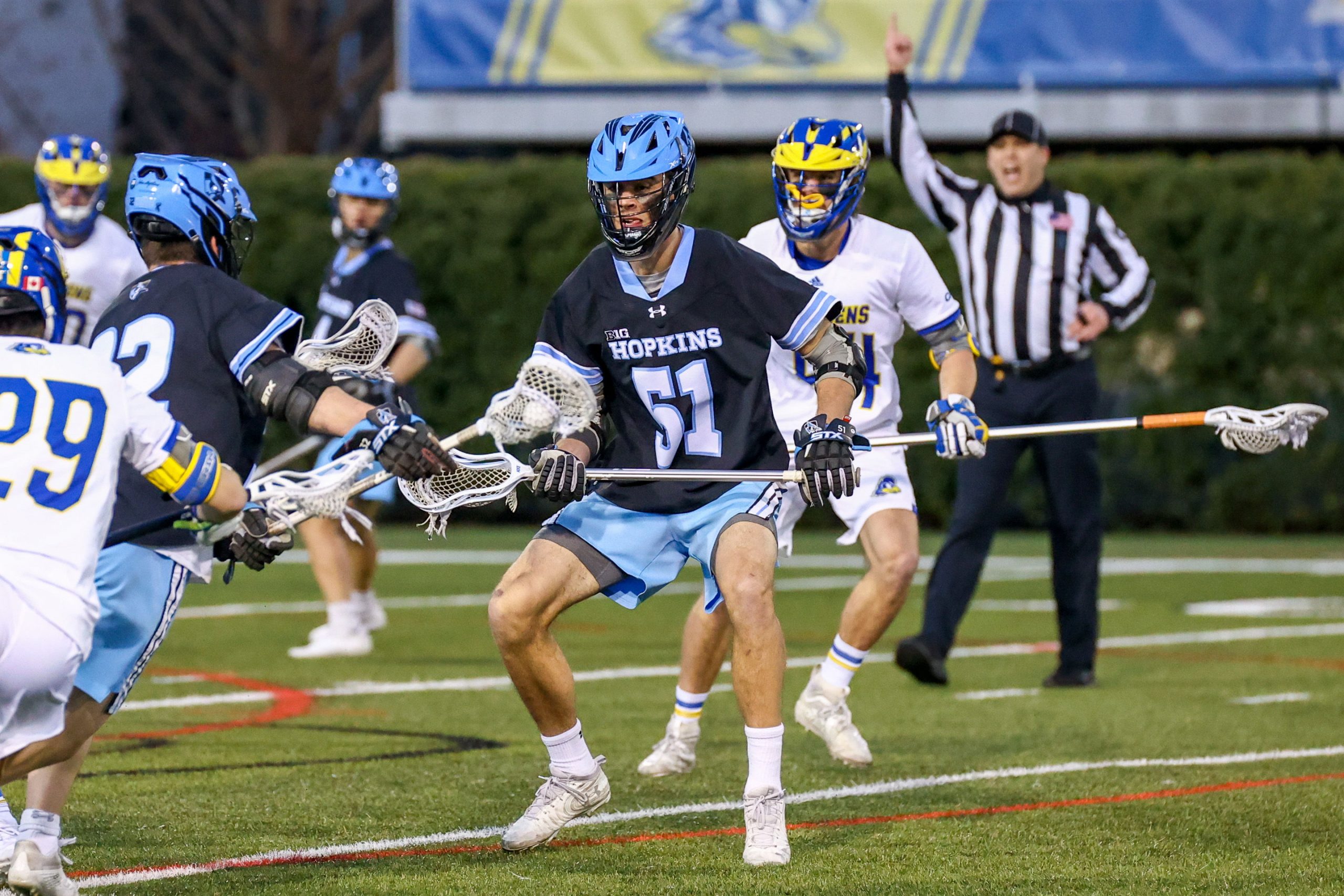 Ontario’s Johnathan Peshko, another former Salisbury player, in action for Johns Hopkins in 2022. (Photo for LaxAcrossAmerica by Mike Kruce).

2021 saw the departure of longtime head coach Bobby Wynne from the Salisbury program. Wynne, who’s been praised by a number of former players, including McNaney, was a standout football and lacrosse player at Hobart in the 90’s (he was a two-time All-American faceoff specialist and a member of two national championship teams). Importantly, Wynne remains at the school in the position of Associate Headmaster.

Wynne’s successor at head coach is Tom Spinella, a former assistant with the program who himself was a three-time All-American at Skidmore. Spinella also has coaching experience at the college level at both RPI and Bryant.