Show Me a D1 Lacrosse Star from Missouri

You are here:
MISSOURI 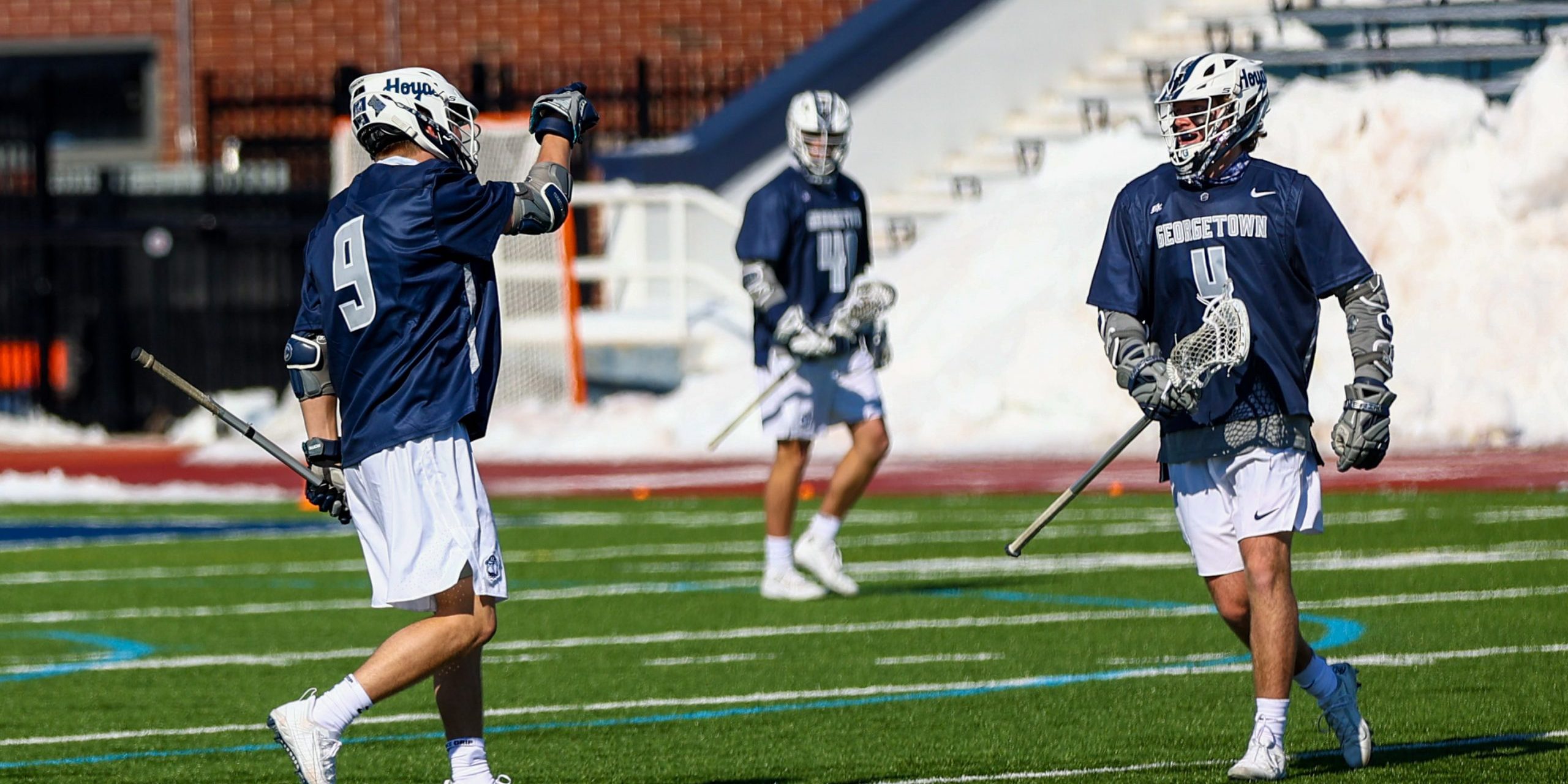 Something had long been missing from Missouri’s contribution to Division 1 college lacrosse.

Arizona too had both Pearce Bassett and Cade Van Raaphorst.

But Missouri, on the other hand, had yet to produce a defining, truly elite D1 college lacrosse talent. 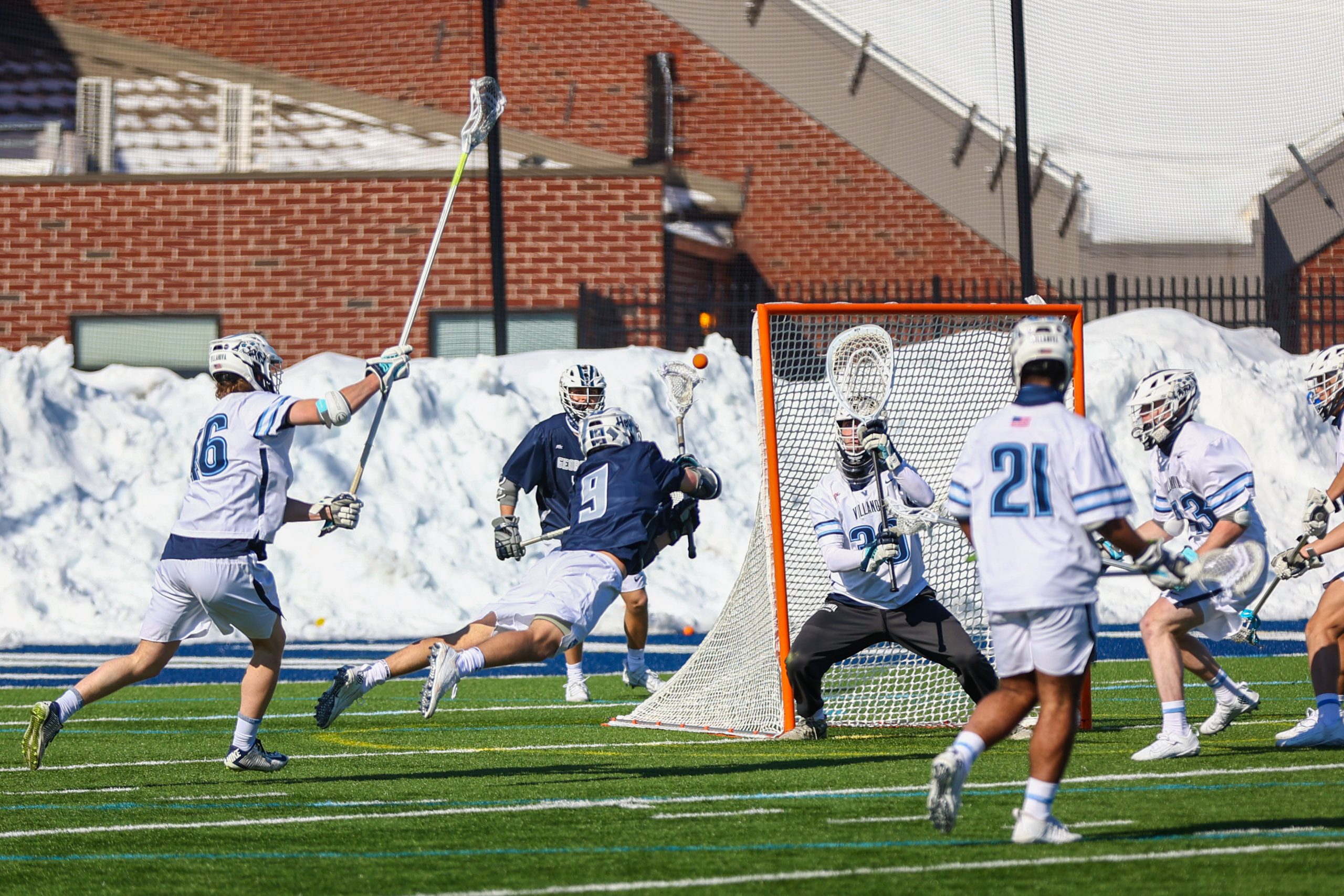 And then that all changed.

The season finally arrived when not just one, but two players held out the promise of becoming the Show Me State’s standard bearer for D1 college lacrosse.

Unfortunately that season was 2020. 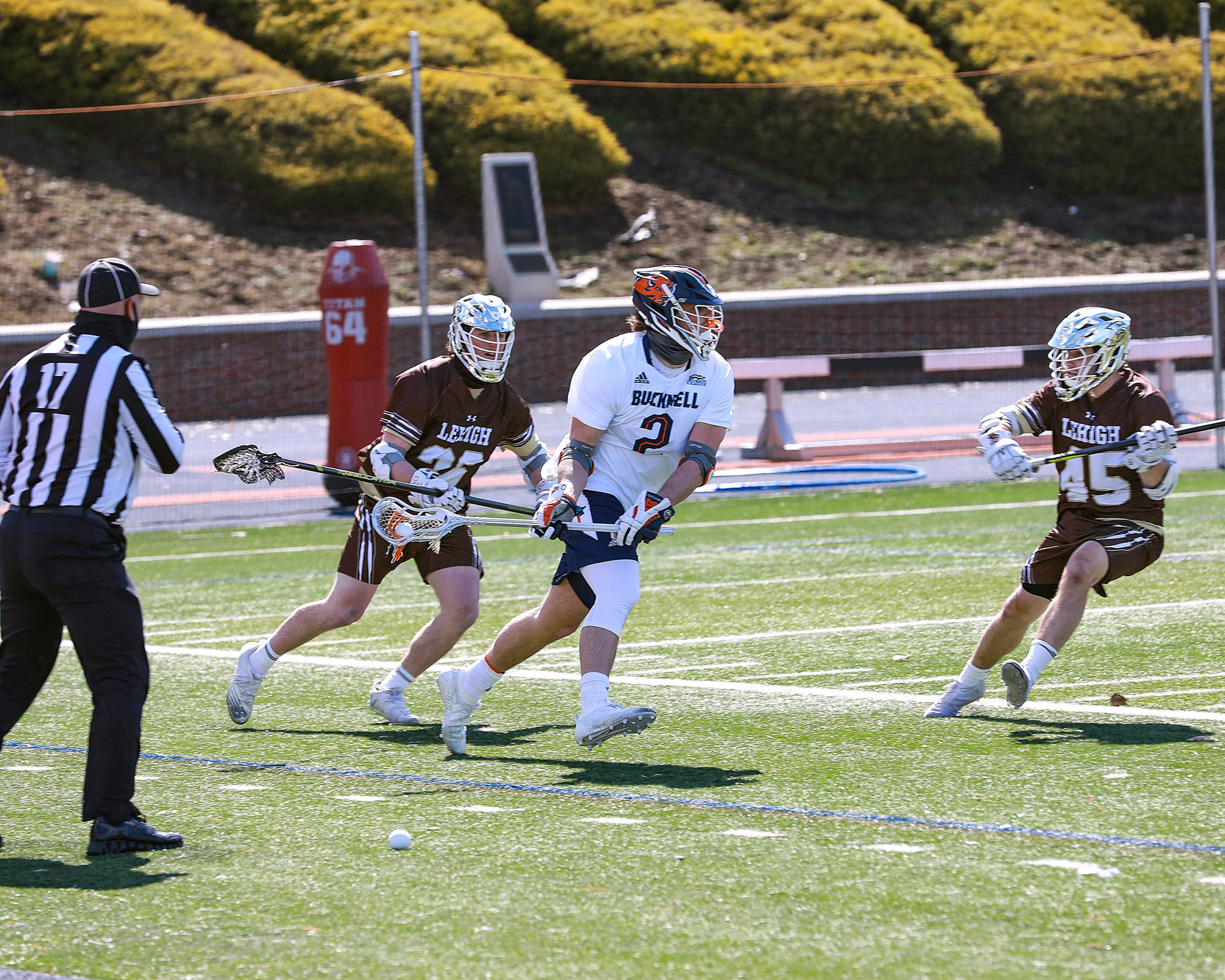 Bucknell’s Harry Wellford, out of St. Louis and MICDS, takes aim in a 2021 game against Lehigh. (Photo for LaxAcrossAmerica by David Miller)

Make no mistake: over the years there have been a number of solid D1 lacrosse players from Missouri.

There were 11 players from Missouri on 2020 D1 lacrosse rosters.

And, importantly, they weren’t just afterthoughts at marginal programs; they were playing at some of the nation’s elite programs such as Penn State, Notre Dame, and Georgetown.

And that wasn’t just a recent thing.

In 2000, Pat Hogan of St. Louis began as a freshman middie on a Syracuse team that included Liam Banks, Spencer Wright, and Ryan Powell.

As part of the 2001 team starring Ryan’s brother Mikey Powell, Hogan scored two goals in a 10-9 overtime loss to Princeton in the NCAA tournament finals.

(In a game against Denver in 2002, Hogan would face Andrew Huelskoetter and John Sanders, both teammates at De Smet Jesuit).

Also from that era, John Hunt (Christian Brothers) saw action in goal for Towson, and Dave Willard walked on at Princeton as a middie out of Saint Louis University High School.

Interestingly, none of these players was a graduate of the school that produced the two players who are the focus of this post–Graham Bundy Jr. and Harry Wellford—and that has come to be recognized as Missouri’s premier lacrosse program. 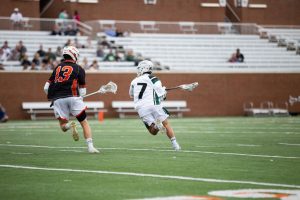 De Smet Jesuit grad Derek Radke in action for Cleveland State. Radke was one of 11 players from Missouri on 2020 D1 college lacrosse rosters. (Photo for LaxAcrossAmerica by Matthew Pendry/PendryPhoto)

It goes by the deceptively innocuous-sounding name of Mary Institute and Saint Louis Country Day School.

But it’s more commonly, and more formidably known by an abbreviation: MICDS.

MICDS won the Missouri state championship in lacrosse in 2019. 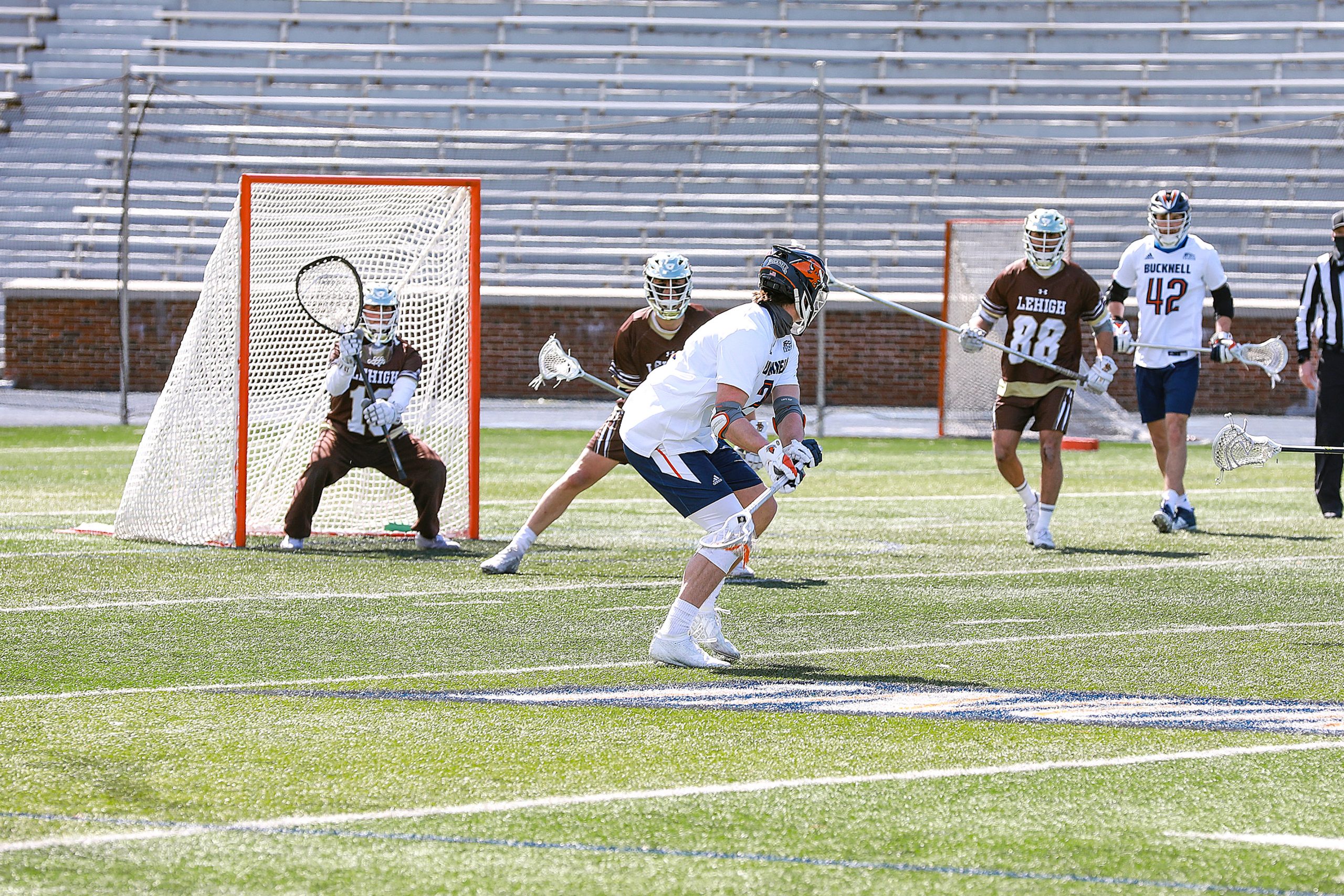 Harry Wellford winds up against Lehigh in a 2021 game. (Photo for LaxAcrossAmerica by David Miller)

That straightforward, seemingly unremarkable fact conceals at least a couple of remarkable aspects.

Second, they achieved it against a school considered a power not only in the state but the region, De Smet Jesuit. 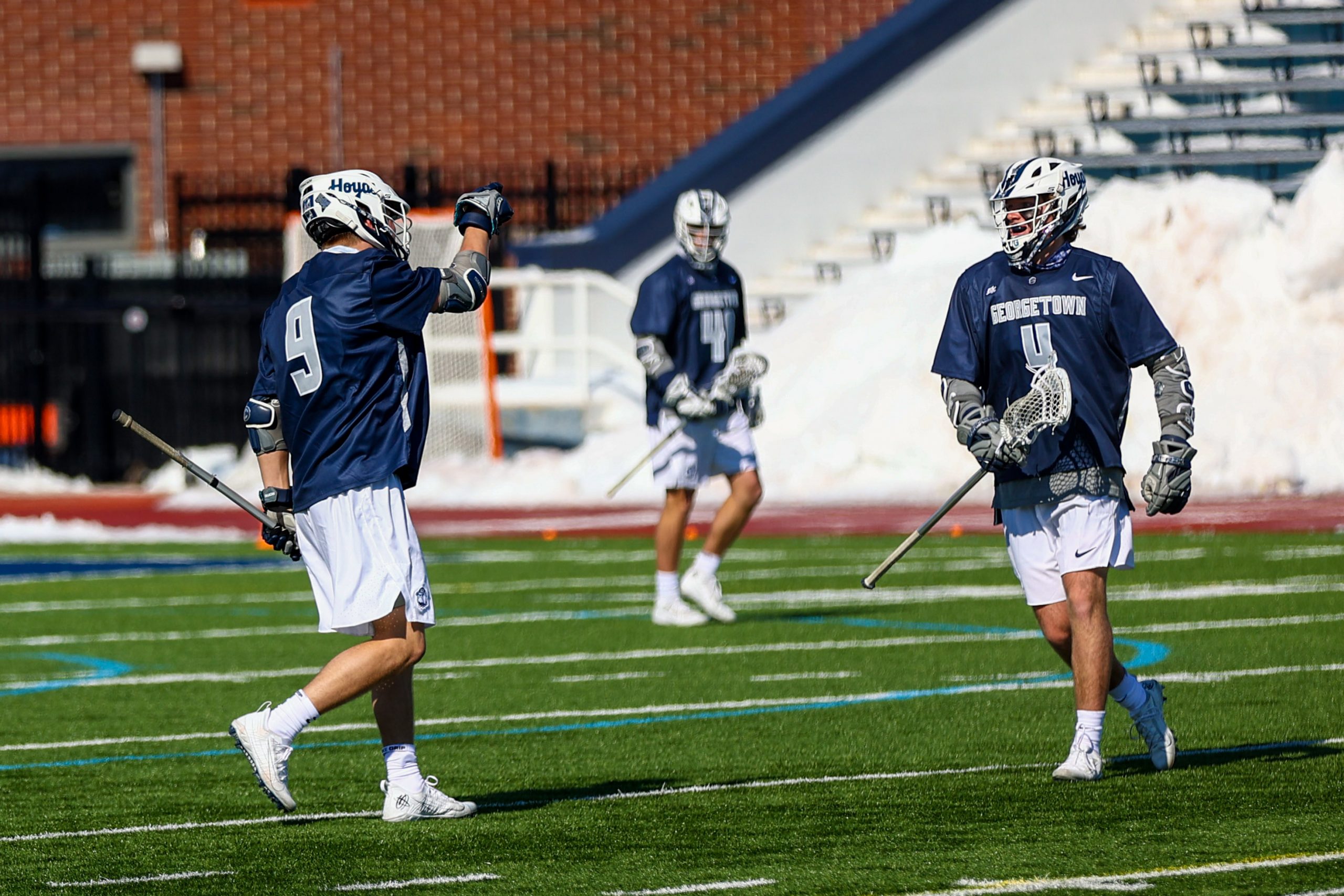 A 14-point margin isn’t something you see too often in a state championship game—at least in the sport of lacrosse.

And this was not a weak De Smet team.

De Smet had gone 16-5 for the season; it featured one of the state’s best players, Luke Wetzel (now playing for Cleveland State), and a solid goalie in Dylan Radke.

Against another regional power, Memphis University School (Tennessee), that 2019 De Smet team had lost by only one: 11-10.

And in fairness to De Smet, its regular-season game against MICDS had been a different story, ending in a 15-12 score.

“De Smet stung us in the first game”, MICDS coach Andy Kay had explained, “and I think our guys took that to heart. In their mind, they had something to prove”.

And just to be clear: MICDS had actually won that regular-season game.

MICDS is by no means the only quality program in the state of Missouri.

In addition to De Smet, there are also teams such as Parkway West, Saint Louis University School, and Ladue Horton Watkins—all of which have produced D1 players.

But the fact that MICDS felt aggrieved going into a state championship game against an opponent it’d just beaten–and by 3 goals—says a lot about the program’s dominance.

Before their only loss of the 2019 season (by 14-8 against Ohio’s St. Ignatius), MICDS scored a combined 90 goals against four in-state opponents.

But what does all that really mean?

But Just How Good IS MICDS?

How good is MICDS?

One measure of quality has to be the number of D1 players a school can claim.

The best measure at the team level–as opposed to the individual player level—would be MICDS’s out-of-state record.

You can’t fault the Rams for not seeking out quality competition.

In a 2018 Texas swing, for instance, they’d lost to Dallas Jesuit 10-9, but beaten another local titan, Episcopal, by the same score (with Bundy scoring a hat trick in both games).

They’d also defeated Illinois (and regional) power Loyola Academy (on an overtime goal by Bundy, who went 3 and 3).

As mentioned above, in 2019 MICDS lost to St. Ignatius, but it did defeat another Ohio opponent, a good Upper Arlington team, 10-6.

As much as you might still try to dismiss MICDS as a big fish in a small, shallow, under-stocked, it’s still a big fish.

And if it’s a decided step down from top regional players like Culver Academy (Indiana) and Brother Rice (Michigan), it still deserves mention alongside such reliable powers as New Trier (Illinois) and Detroit Catholic Central.

He began the 2020 season at Georgetown—which he’d committed to during his freshman year in high school– as Inside Lacrosse’s top-rated incoming midfielder, and the #5 freshman overall, regardless of position.

He’d had an extraordinary high school career at MICDS, surpassing 400 points, including an astounding 276 goals. In the process, he set state records for both single-season and career points.

He had 6 goals in the 2019 state championship game alone.

Bundy was also chosen the 2019 Warrior/U.S. Lacrosse Midwest Player of the the Year—in both his junior and senior years.

Bundy had received further attention through his play with national programs like West Coast Starz and 3d Colorado, and locally with Project Missouri (directed by MICDS coach Andy Kay).

Finally, he’d played in the prestigious Under Armour All-American Game, and qualified for Team USA U19.

It seems ridiculous to try to encapsulate Bundy’s Georgetown “career”; the foreshortened 2020 season consisted of  all of 6 games, and ended even before the Hoyas reached their ECAC schedule.

Conference opponents like Denver, Loyola, and Marquette all still loomed, along with a formidable non-conference test against North Carolina.

And the front end of the Georgetown schedule admittedly wasn’t Murderers’s Row: they faced in succession Lafayette, UMBC, Fairfield, Mount St. Mary’s, Bellarmine, and Towson (though it began the season as a top-20 team, Towson then proceeded to go 0-6).

Still, the Hoyas had gone 6-0, and had looked impressive even given some less-than-challenging competition.

And Bundy in particular had shined.

From the midfield he’d managed to be the team’s 4th-leading scorer, recording 8 goals and 5 assists. Significantly, 6 of those goals came in the last two games.

Based on what we saw from the Hoyas and Bundy in 2020—and granted it wasn’t much—it was certainly enough to encourage any fan of Georgetown (or Missouri) lacrosse.

The “long wait” referred to in that headline was the two-year interval between Harry Welford’s verbal commitment to the Cavaliers as a sophomore, and his formal signing of a letter of intent as a senior.

Little did they know.

That article was written in November 2016.

Between then and now, Wellford’s lacrosse odyssey has included finishing out his senior season at MICDS, putting in a post-grad year at Connecticut prep school Avon Old Farms, arriving at Virginia, where he’d been billed as the first Missourian to play for an ACC lacrosse team, and, then, transferring out of Virginia.

But Wellford had attracted Virginia’s attention in the first place for a reason: he’s an outstanding player.

He’d won 4 consecutive state championships at MICDS, and had been the first player in Missouri history to be selected first team all-state—-four times.

Wellford had settled in as a freshman at Bucknell just in time for the 2020 season to arrive—and then promptly recede into Covid-co-opted oblivion.

But like Bundy, Wellford had shown a good deal of promise.

He was the only freshman to start all 6 games for Bucknell.

Like Bundy, he’d ended the “season” ranked 4th on the team in points, with 10 goals and 2 assists.

Like Georgetown, Bucknell was still working through the soft side of its schedule: they’d gone 5-1, with victories over Furman, Bryant, Binghampton, Sacred Heart, and Marist. But they’d held their own against a solid Ohio State team (one that would lose 17-16 to Cornell the next week).

From the midfield, he scored 3 against Furman, 4 against Bryant, and single goals against Sacred Heart, Marist, and Ohio State. 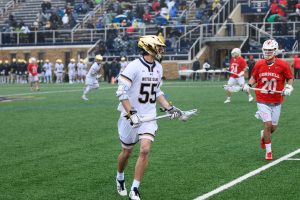 One more note about the Missouri lacrosse landscape.

St. Louis isn’t the only place in the state where the sport is played.

In non-traditional areas, lacrosse has tended to take root and grow in and around urban areas.

Missouri’s other major urban center beyond St. Louis, is Kansas City, located clear across the state.

Before moving on to Culver Academy, Notre Dame’s Wheaton Jackoboice, for instance, played at Rockhurst High School in Kansas City (as did Liam Ryan, a LSM who graduated from Holy Cross in 2019).

In 2019, Rockhurst lost in the finals of the Lacrosse Association of Kansas City (LAKC) 12-7.

Rockhurst’s opponent in that championship match-up was Shawnee Mission East, a team that is not from Missouri, but from Kansas, as are most of the teams in the LAKC.

This geographic reality highlights some of the potential pitfalls and complexities of sanctioning the sport of lacrosse in some states; doing so would largely cut off  Western Missouri teams like Rockhurst from prime competition in Kansas.