You are here:
Tewaaraton Award 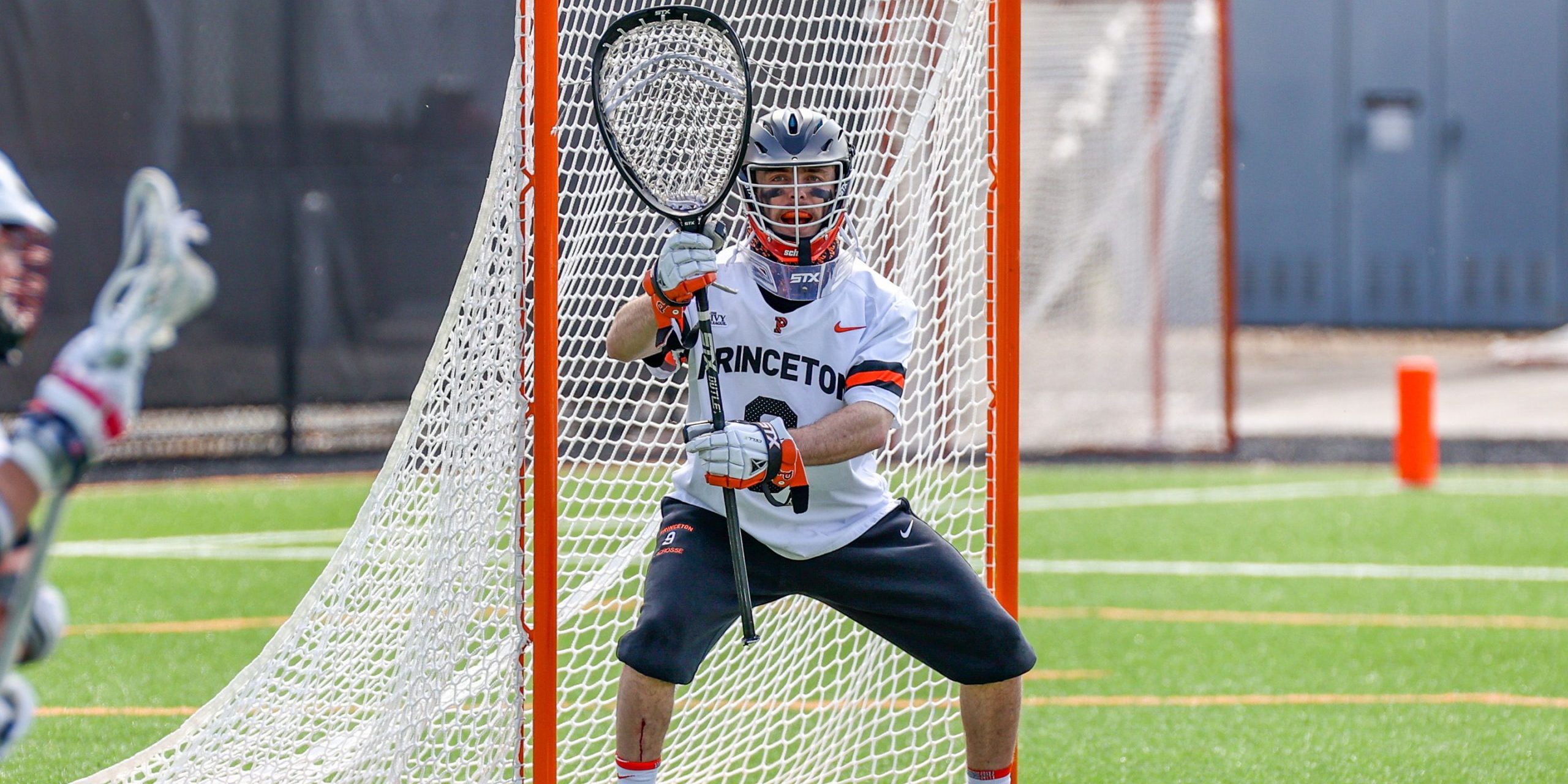 The 25 nominees for the 2022 men’s Tewaaraton Award, college lacrosse’s equivalent of the Heisman Trophy, include five players from New York. Four of those players are from one of the sport’s most entrenched strongholds, Long Island, with the remaining player coming from yet another New York hotbed, Westchester County.

Three other nominees are from the state that’s generally regarded as the sport’s true epicenter: Maryland.

But in 2022, the number of Tewaaraton nominees from Maryland is equaled by those from a state west of the Mississippi.

Penn’s Sam Handley, Syracuse’s Tucker Dordevic, and Ross Scott of Rutgers are all from the state of Oregon. (Note: After this post was written, Tucker Dordevic entered the NCAA Transfer Portal on Monday, May 2nd.)

And they’re not the only non-hotbed states represented in the Tewaaraton running.

There is one nominee from the states of California (Virginia’s Cole Kastner), Missouri (Georgetown’s Graham Bundy Jr.), and Ohio (Jack Hannah of Denver).

The geographic range of Tewaaraton nominees says a lot not only about the increasing number of non-hotbed players in Division 1 lacrosse, but also their increasing quality. (Note: on Sunday, May 17th, Inside Lacrosse also named Handley and Bundy First-Team All-Americans). 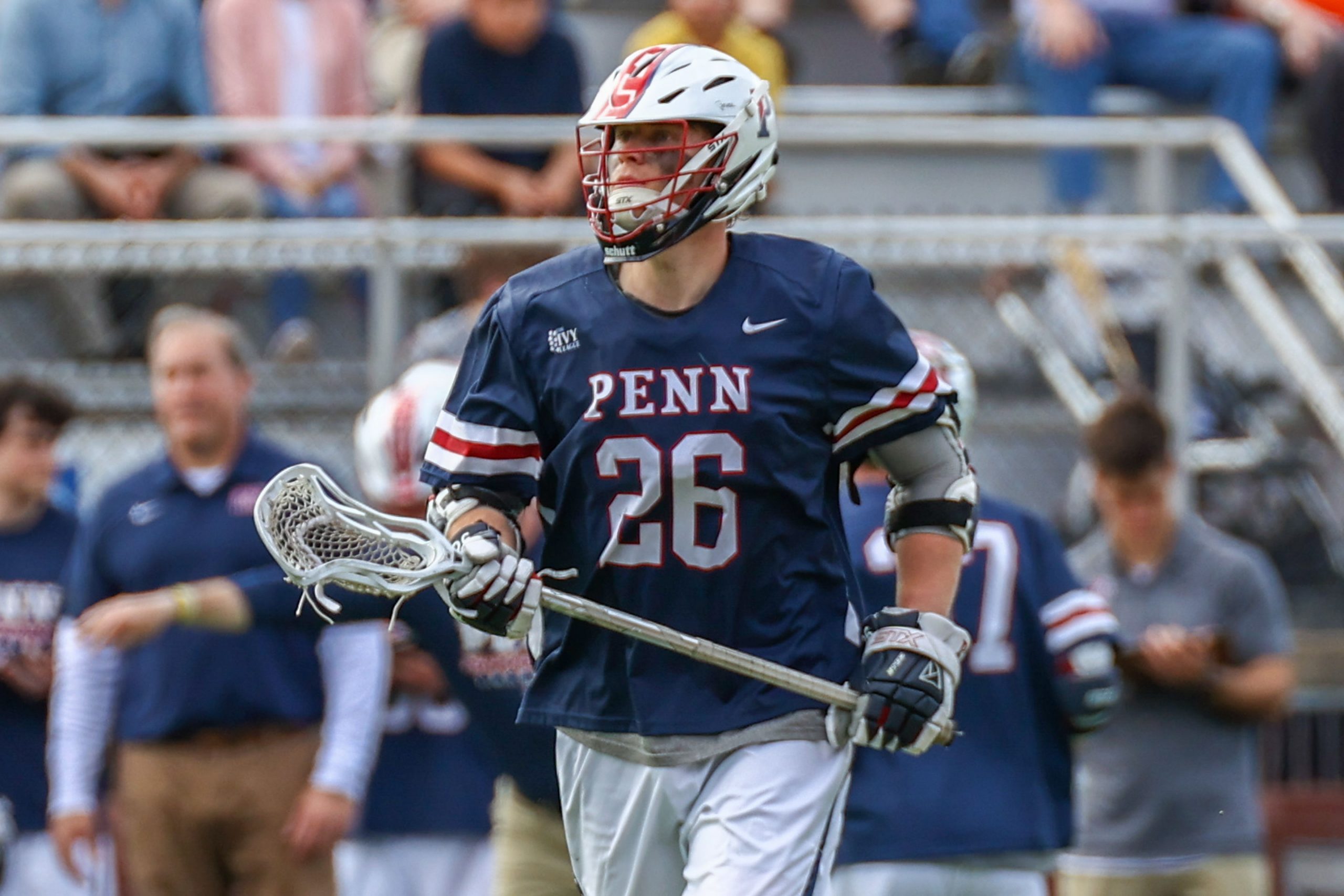 Sam Handley, one of three Tewaaraton nominees from Oregon, in action against Princeton in 2022. (Photo for LaxAcrossAmerica by Mike Kruce).

Handley, Dordevic, and Scott are among 27 players from Oregon on 2022 D1 lacrosse rosters.

They’re also not the first Oregonians to be in Tewaaraton running: Colgate’s Peter Baum, from Lincoln High School and Portland, became the award’s first West Coast winner in 2012.

If the Tewaaraton had an essay component, both Dordevic (and Sam Handley below) would get an edge over the remaining field; both players could tell a pretty compelling tale of adversity in the course of their D1 careers.

All players lost time during the COVID-curtailed 2020 season; Dordevic was in the unique position of the entering 2020 already having suffered through a long gap between games because of a broken foot: 635 days.

Despite that, the middie has been able to return to his first-year form, when he had the most starts of any SU freshman in over a decade—way back in 2018.

Dordevic, who announced that he will return for a 6th and final year with the Orange in 2022-23, enters the two remaining games on the SU schedule with 42 goals. This gives him a chance of becoming just the sixth player in the history of Syracuse lacrosse to score 50 goals in a season (the last being Dylan Donahue in 2015). 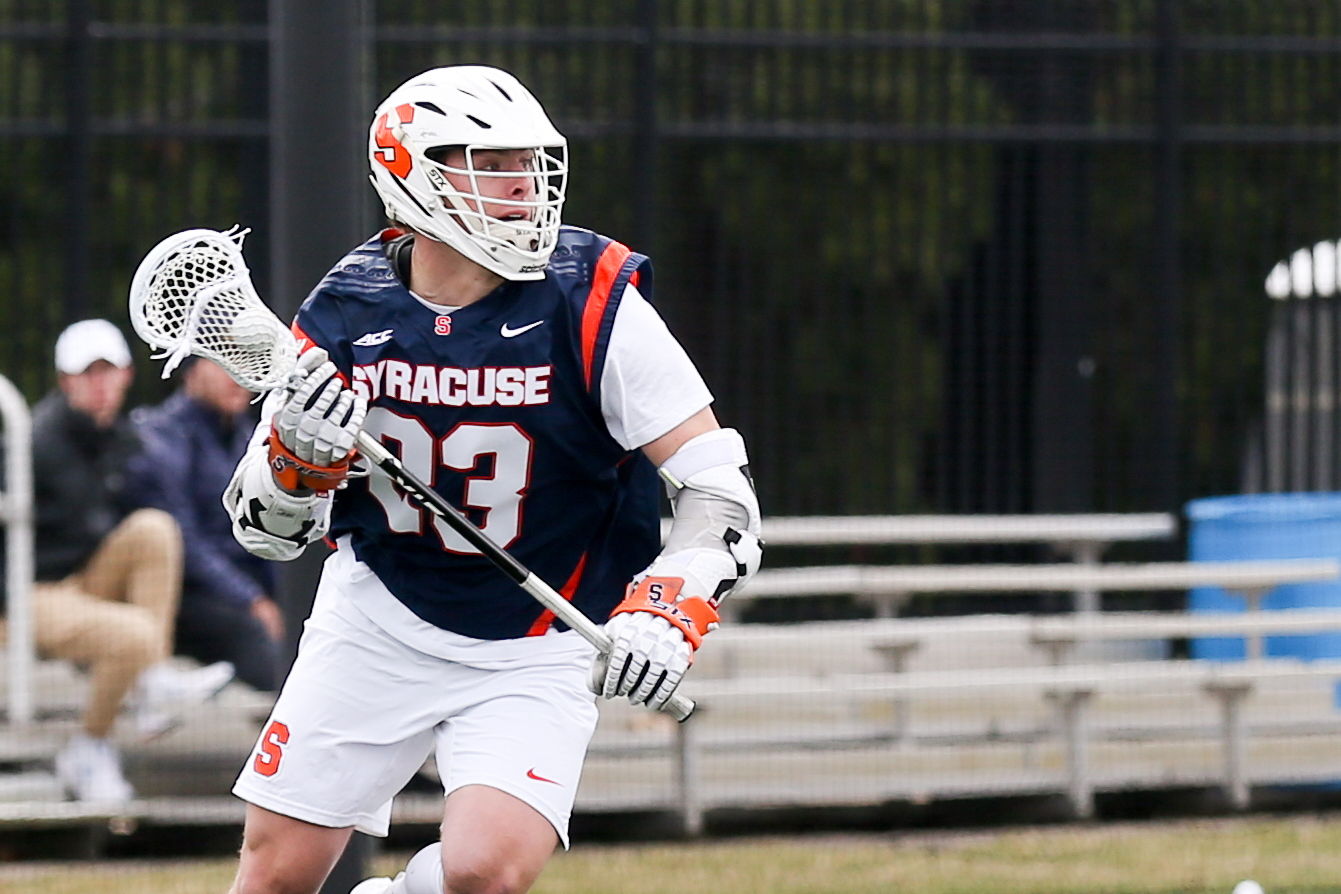 Handley has had a similarly star-crossed career.

After being ranked by Inside Lacrosse as the 4th best incoming freshmen—and that was on his own Penn team—Handley would go on to be named a First-Team All-American in that same freshman year.

And then things began to unravel. Between the end of the 2019 season and Penn’s first game in 2022, Handley played in precisely one game.

First he suffered a spleen injury in the first game of the 2020 season, which put him out of commission just in time for COVID to curtail the entire season; in 2021, along with all other Ivy League players, had to sit out the season as well.

Two members of his Quaker team transferred; and it’s still hard not to imagine what a team with Handley, Mitch Bartolo, and Sean Lulley might’ve achieved if kept intact for another season.

That said, with two games left in Penn’s regular season game, Handley leads the Quakers with 49 points (24,25)— from the midfield—in what is clearly D1 lacrosse’s strongest conference in 2022.

Even in the Scarlet Knights’ conspicuously successful 2021 season, Ross Scott managed to get eclipsed.

Squeezed out of the attack position by the powerhouse trio of Adam Charalambides, Connor Kirst, and Kieran Mullins, Scott moved to midfield in 2021. Now returned to attack, he’s led what’s been a top-five offense (15.46 goals per game) of a top-five team. With one game remaining on the regular-season schedule, Scott has 52 points (31,21), and has scored 4 or more goals 5 times this season. 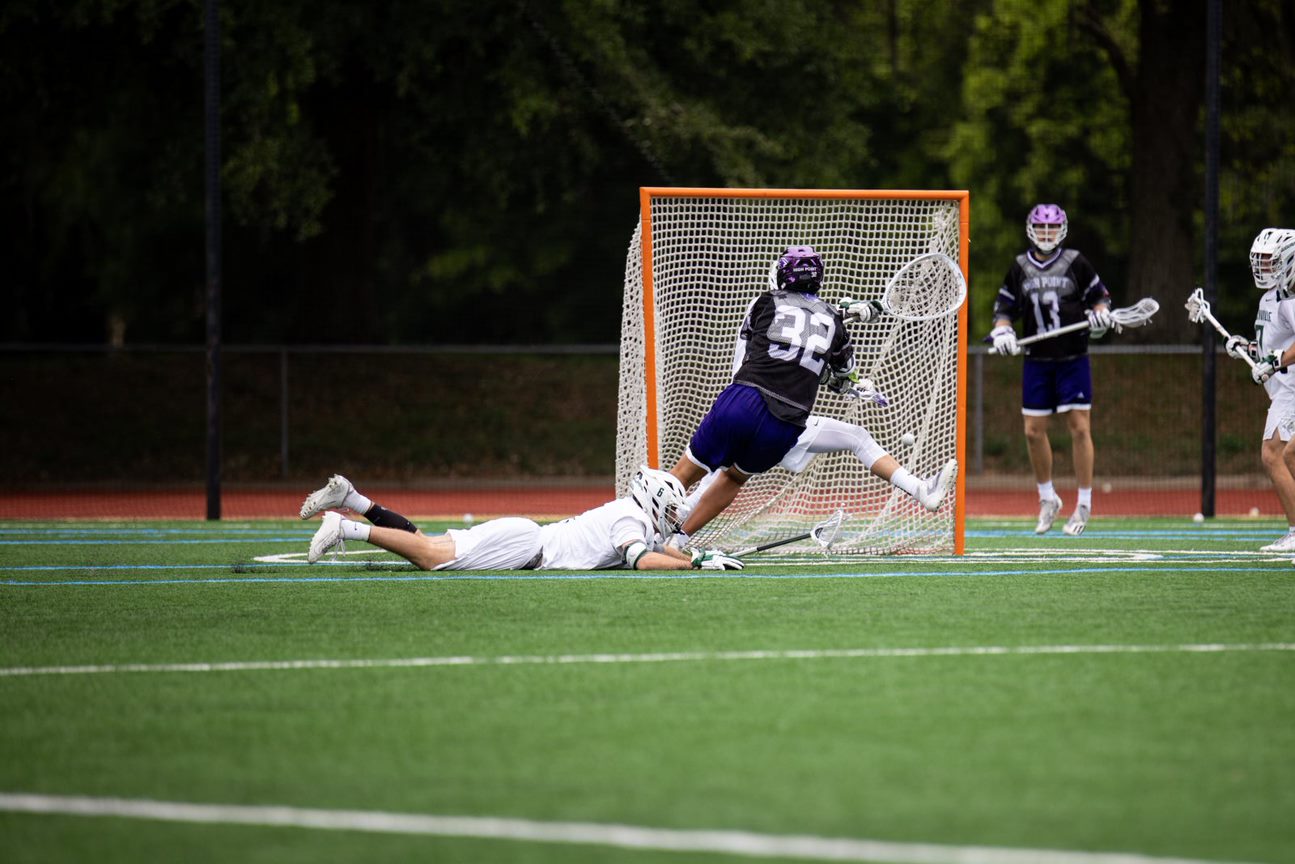 Asher Nolting drives against the net—and scores—in an April, 2022 game at Jacksonville. (Photo for LaxAcrossAmerica by Marcelo Murillo)

Nolting was the SoCon Offensive Player of The Year in his freshman year at High Point, and a Second-Team Inside Lacrosse All-American as a sophomore. The imposing 6-foot-2, 210-pound attackman out of the Cherry Creek program has led HPU in scoring in each of his five seasons; he currently ranks second nationally in points with 76 (29,47).

Peters has been severely tested by a schedule that’s seen the Tigers face Maryland, Georgetown, and Rutgers; and that’s only the out-of-conference part.

Princeton has also had to run the gauntlet in a rejuvenated Ivy League that has included as many as 5 members in D1’s top-ten nationally.

Peters’ stats reflect this: he had 19 saves against Harvard, 20 against Penn, and 21 against Rutgers. The Highlands Ranch native has made 160 saves against top-tier opponents, making for a .578 save percentage, which ranks 7th among goalies nationally.

(Peters and Nolting are two of the 88 players from Colorado on 2022 D1 college lacrosse rosters.) 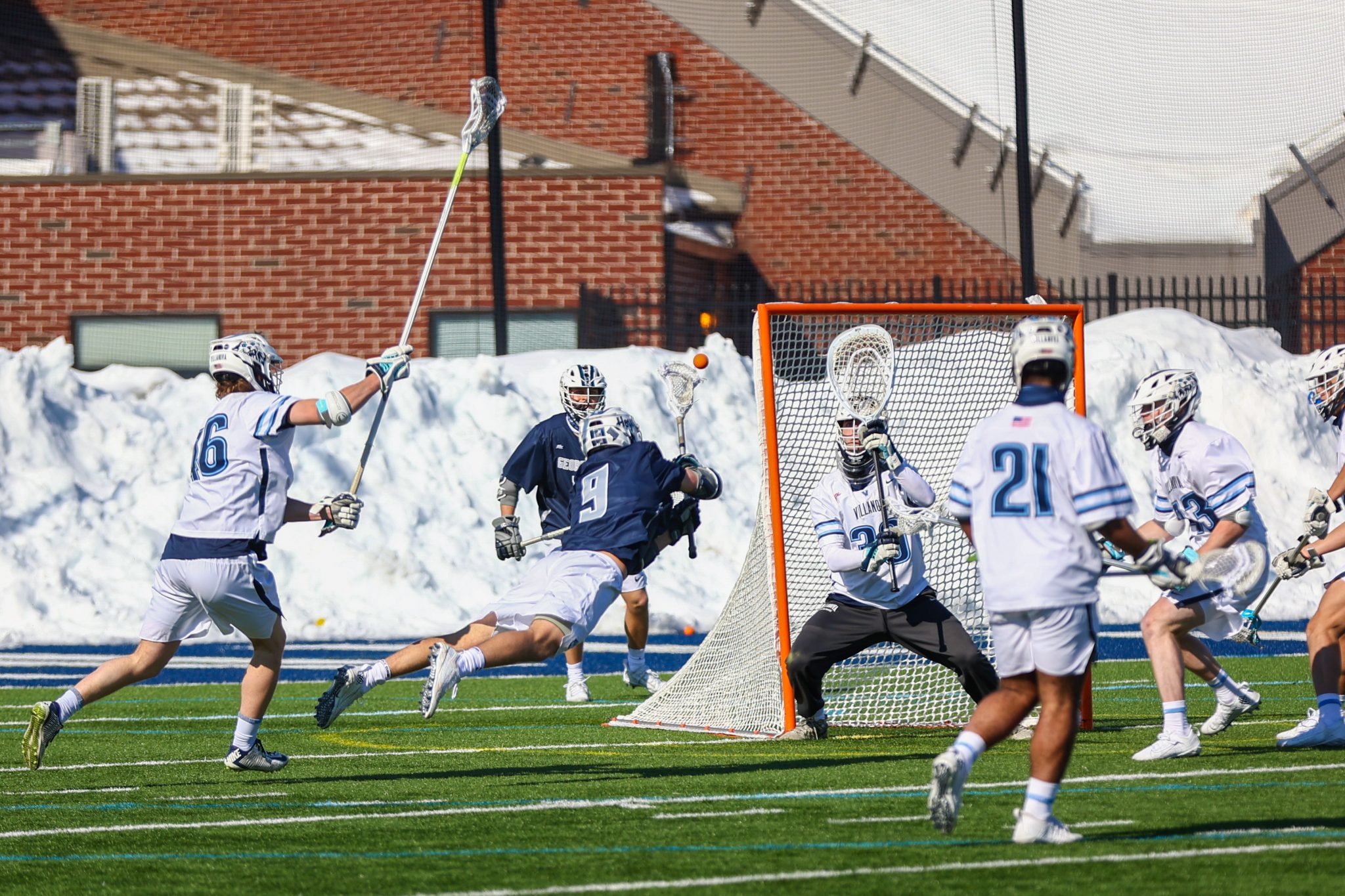 Missouri’s Graham Bundy Jr. in a midair shot for Georgetown against Villanova. (Photo for LaxAcrossAmerica by Mike Kruce)

Missouri has had a number of D1 players but had not produced a true star.

Graham Bundy Jr. has since filled that void. He also arrived at Georgetown, from MICDS in St. Louis, with a pretty established pedigree. His father had played on North Carolina’s 1991 championship team, and Bundy himself had been not only the first player in Missouri history to record 400 points, but also as the highest-ranked midfield recruit.

(Bundy is one of 10 players from Missouri on 2022 D1 college lacrosse rosters).

Cole Kastner arrived on the Virginia campus from Palo Alto as a versatile scorer known for tough inside play.

But that was in basketball.

Cavalier coach Lars Tiffany took on the 6-foot-7 Kastner’s transformation as a lacrosse defender as a kind of project, literally: he called it Project 39.

It seemed to have worked; Kastner got a starting role—his first—in the opening round of the NCAA Tournament and didn’t relinquish it through Virginia’s successful national championship defense.

In his sophomore year he continues to emerge as the team’s shut-down defender, and an instrumental part of its stifling 10-man ride. In 2022, Kastner has 28 caused turnovers (or 2.33 per game, 6th-best in D1), and has 21 ground balls.

Ohio’s a “non-hotbed” state for lacrosse?

If you’re still snickering at that, you may want to check out our argument for that in another post.

2022 hasn’t been a banner season for Denver; but even then you get a sense of the strength of the Pioneer schedule—and the caliber of Hannah’s play—in his performance in out-of-conference games.

He had 4 goals vs. Jacksonville, 3 against North Carolina, and 3 against Yale.