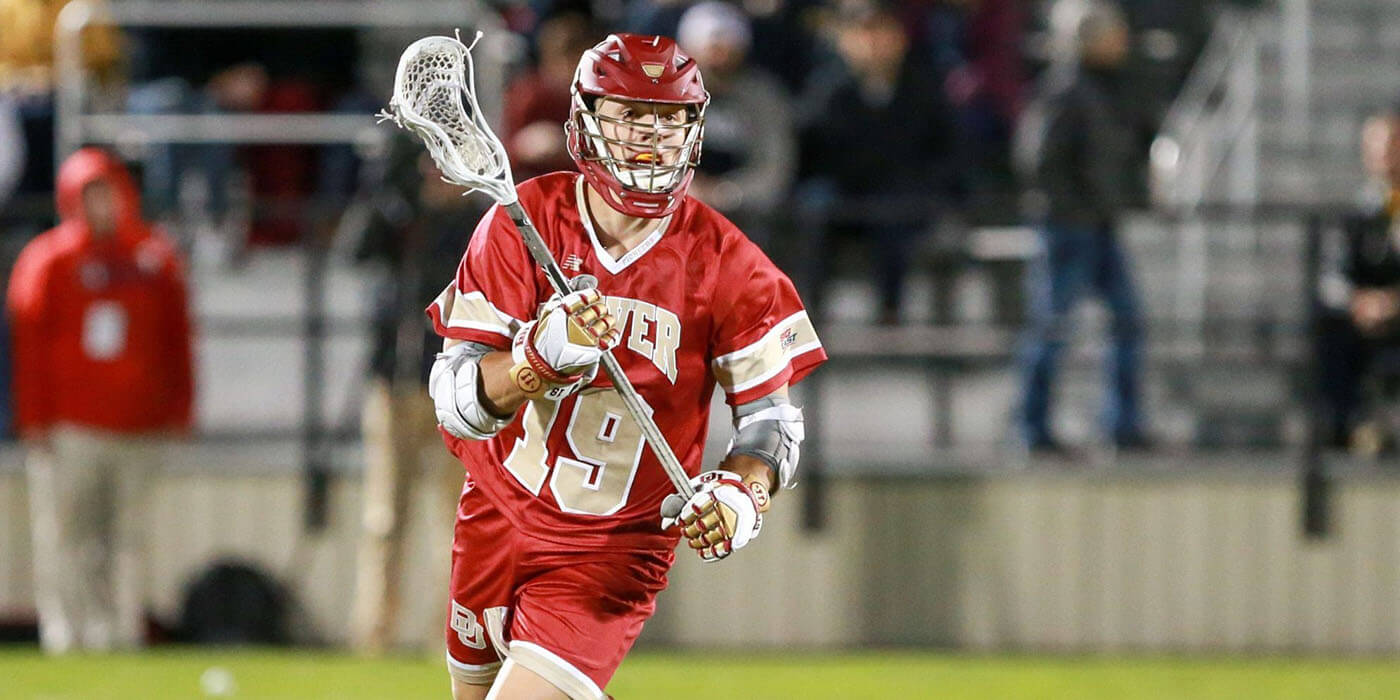 Players from outside traditional lacrosse hotbeds have been honored as the Under Armour All-Americans since the event’s inaugural game in 2006.

That first game, for instance, included a 6’6, 260 lb. attackman from Rancho Bernardo High School and San Diego who more closely resembled an N.F.L. lineman—something which he ultimately became.

But Will Yeatman was just one of two future N.F.L players in the UA game that day (the other being Chris Hogan, a middie from New Jersey en route to Penn State and the New England Patriots).

Also, significantly, Yeatman’s appearance in the game–which even then was billed as the premier showcase for incoming Division 1 college lacrosse talent— came only a year after the first D1 college lacrosse game was even played in the state of California.

That 2006 UA game also featured Dillon Roy, considered one of the all-time best lacrosse players from Colorado, and both a future MLL star and an All-American at Denver.

Finally, the South roster that year also included Charley and John Dickenson, twins out of Highland Park in Dallas, and a self-described “package deal” who landed with the Denver Pioneers—and also on the list of Texas’s 14 All-Time Best D1 Lacrosse Players.

This post provides two perspectives on the annual UA game.

The second is an all-time list of Under Armour All-Americans from non-hotbed states. That list includes a number of players who, true to their billing, had considerable success at the Division 1 level.

You may already be sneering at some of the states included in the lists below.

And what about a state like California or Colorado?

How is it even possible that these states can have so many UA All-Americans and not be considered hotbeds?

By hotbeds, again we mean traditional lacrosse hotbeds. And if you’re still not convinced with the selection process check out the arguments we make regarding individual states in posts such as Ohio’s 17 all-time best D1 lacrosse players, Colorado’s 8  greatest Division 1 players, and 9 California D1 lacrosse notables.

Where are High School Lacrosse Players Actually “From”?

Not as straightforward a question as you might think.

One point needs to be made upfront about residency and high school lacrosse.

A growing number of elite high school lacrosse players are actually out-of-state students at schools like Culver Military Academy in Indiana, IMG Academy in Florida, and any number of boarding schools in New England.

We’ve therefore made a point here of listing players, especially on the current 2021 watch list, under their native state—not merely the one in which they happen to be playing during their senior year.

This doesn’t always lead to the most logical results.

A player from California, for example, could play all four high school seasons with Avon Old Farms in Connecticut, or like Bubba Fairman, play high school lacrosse in his native state of Utah, and then several seasons as a boarder in Maryland and Massachusetts.

Treating residency this way isn’t perfect, but it still seems to make the most sense, especially since many of these players still maintain their state and local ties through club teams. 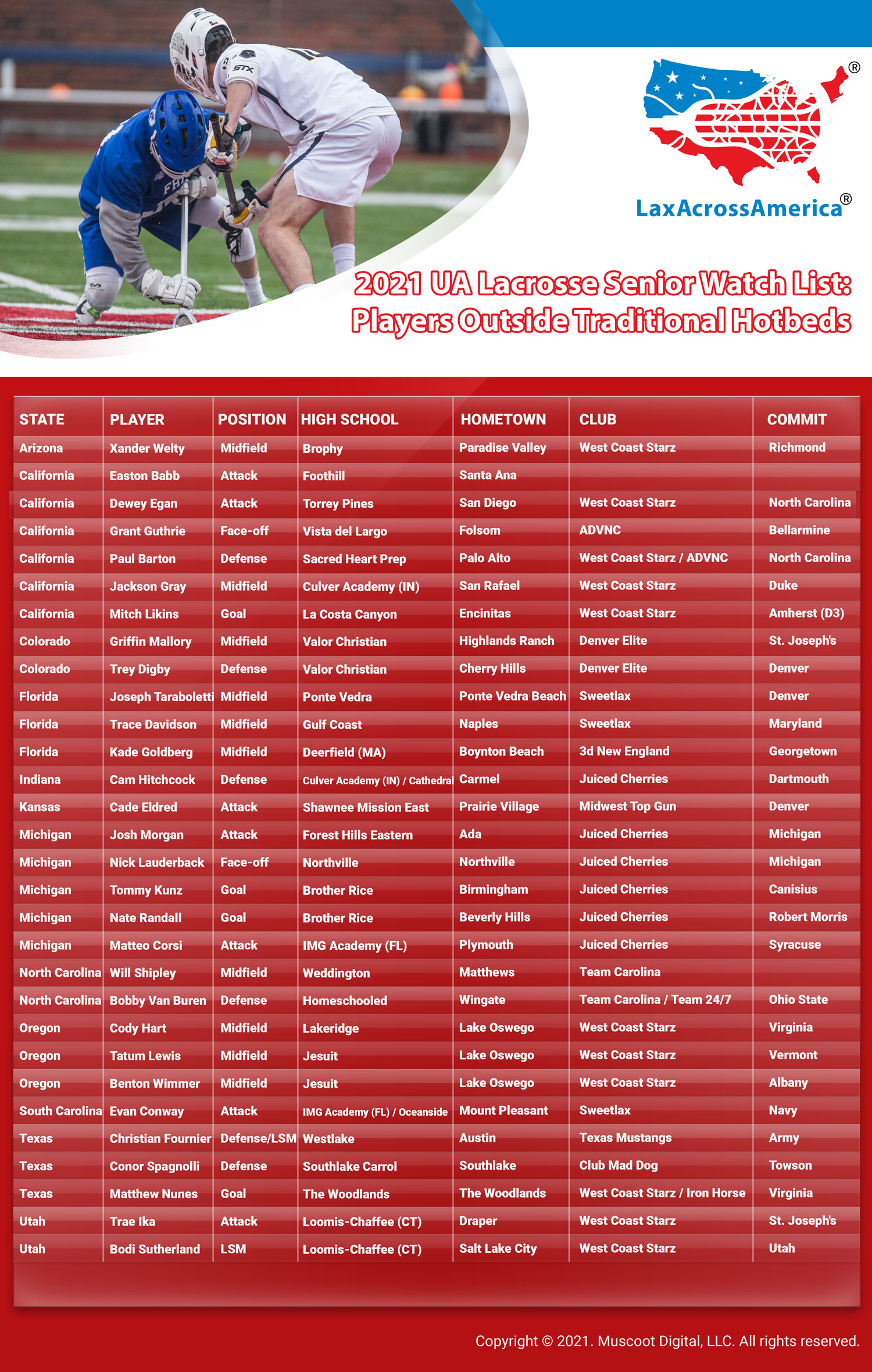