Why I’ll (Now) Be Rooting for Johns Hopkins Lacrosse

You are here:
Washington 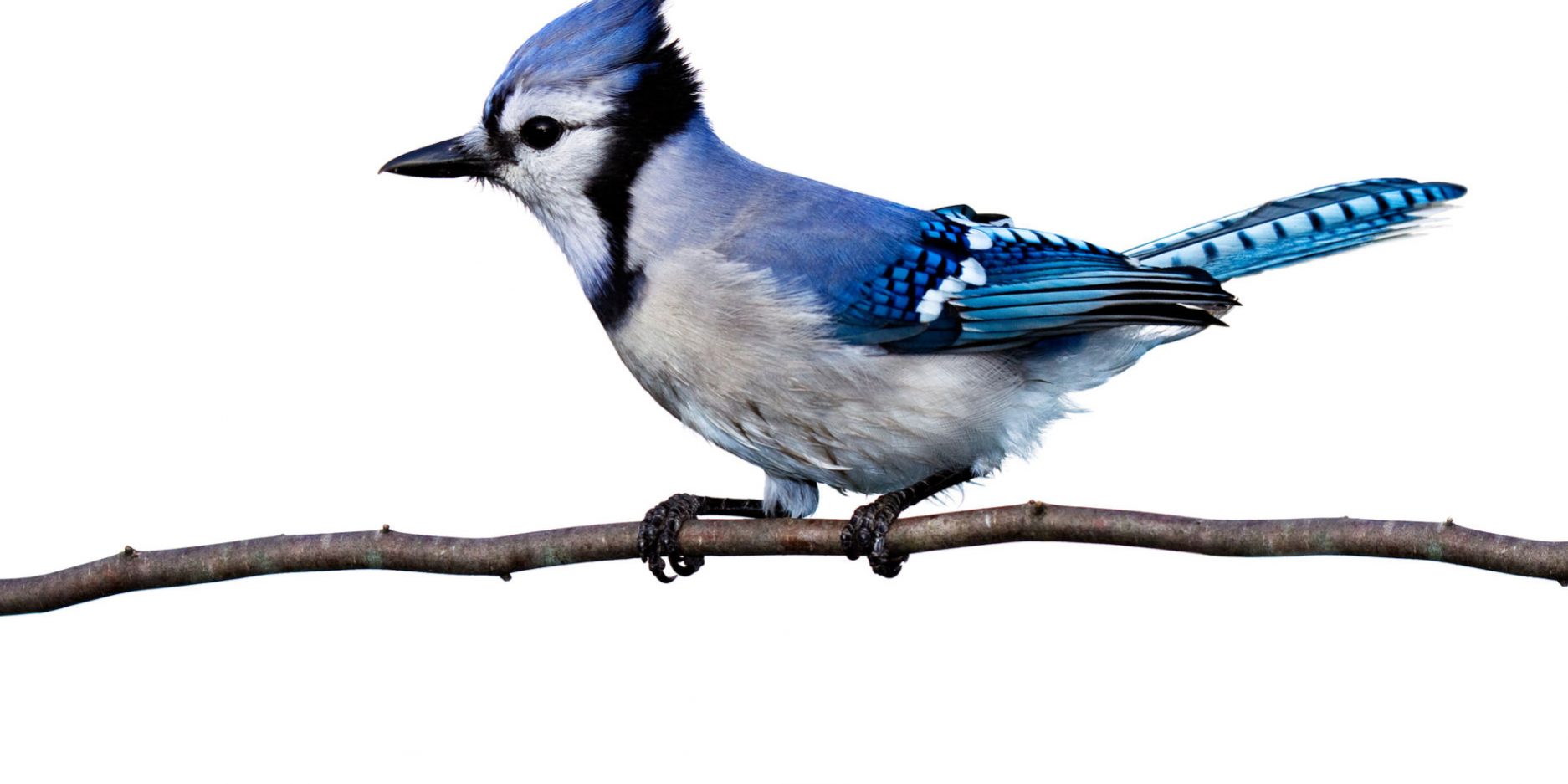 And granted, it was momentarily exciting just to see some news—any news—coming out of Johns Hopkins University that didn’t involve outbreak clusters, serology tests, or case-fatality ratios.

But the Hopkins athletic department, it turned out, was announcing that it had “mutually and responsibly agreed to part ways” with Petriemala —and by that it didn’t mean, unfortunately, that it would now deal with Petro only from the medically-mandated distance of six feet.

It meant instead that someone who’d been associated with the Blue Jays for most of his adult life, and had coached them to 207 victories, was now hitting the bricks.

Pietramala was nearing the end of his contract, and it appeared that at the school that famously cheers “WE WANT MORE!”, one or both parties was now saying “No más”.

But it also seemed to mean something else.

It also seemed that the Hopkins administration had seized upon a time of social distancing to advance an entirely different agenda: athletic distancing.

In the immediate aftermath of the parting of the ways, you often heard the word “vision”.

Or, more precisely, “visions”—since it appeared that Petriemala and Hopkins had had increasingly divergent ones.

The ground had apparently shifted under Petro’s cleats; whereas he could once rely on the support of the school’s president and athletic director, those days, and people, were now gone.

There were murmurings from both inside and outside the Hopkins community that the particular vision of university president Ronald Daniels involved improved academic standards, especially in the form of higher incoming test numbers.

In other words,”We want more”.

(Yes, times are different now—both in college admissions and the lacrosse world; but you could’ve gotten the impression from all this talk of threatened academic standards that #JHUlax had for years been letting loose on society an unending parade of morons, something that’s a little hard to square with some of the Hop’s most conspicuous lax grads—people like Paul Rabil, Quint Kessinich, Kyle Harrison, Mark Dixon and, come to think of it, Petriemala himself).

On one hand, it’s tempting to be unsympathetic to all this:

Welcome to the Ivy League, guys!

And just be thankful that you, at least, can give athletic scholarships.

So, hey, you signed on with the Big Ten only to find out you might as well have joined Yale, Princeton, and Cornell in the Ancient Eight.

But that wouldn’t be fair to Hopkins.

Because that would ignore the fact that the Blue Jays are a member of a rare, and frequently endangered species.

Not so long ago, the existential threat looming over JHU lacrosse came not from some admissions department edict, but from fellow NCAA members.

Hopkins is one of a small group of “play-up” schools, which operates D1 programs at D3 campuses.

In 2004 a proposal was made to remove a waiver that allowed 8 D3 play-up schools to offer athletic scholarships for their D1 teams—on the theory that having a D1 program unfairly benefited the D3 programs at those same schools.

The programs involved mostly were in D1 hockey, such as St. Lawrence, Union, Colorado College, and RPI.

But among the 8 was also Johns Hopkins Lacrosse.

You can imagine what the loss of athletic scholarships would’ve meant to these programs’ prospects.

(The other possible “solution” offered up, absurdly, was for the Hop to upgrade to D1 sports across-the-board).

Only this hadn’t been the been the first time these schools had been targeted.

2004 actually marked the fourth attempt to overturn the 8-school waiver originally been granted in 1983.

But even the NCAA’s D3 Presidents Council Chair conceded to the Baltimore Sun that he wasn’t entirely convinced the 8 had gotten anything like permanent protection.

Granted, that was over 15 years ago.

But the episode can’t help but highlight just how precarious it can be to operate a high-profile D1 program—and that school’s only D1 program—at what’s essentially a D3 institution, especially one as academically rigorous as Hopkins.

And all that’s true even assuming your program’s winning.

Imagine that a year ago you’d been told that in 2020 one—and only one–of these two events would be certain to occur:

There would either be a global pandemic or Hopkins would require a come-from-behind effort to beat Mount Saint Mary’s in overtime.

Most of us would’ve sprinted out the door to load up on Cottonelle and Quilted Northern.

Regardless of the many things you can offer up in Pietramala’s defense (the injury to Joey Epstein, the upward late-season trajectory of most Petriemala teams etc.), this was not a typical Hopkins team.

The school just doesn’t have the cachet among recruits that it once had.

And it’s no longer, by a long shot, the only D1 team you can expect to watch nationally.

And then you add to that the pesky academic thing.

As the Baltimore Sun’s Mike Preston pointed out, there’s always the risk that further deterioration of the program, especially with all these relatively new headwinds, could draw the Hop into a downward spiral ending in D3.

It happened to Washington & Lee.

It would be heartbreaking to see that happen to JHU.

Heartbreaking to have to watch a Hopkins team at Homewood Field trade goals with, say, Muhlenberg or Swarthmore.

And if  you want get a taste of what it’s like to witness a sport’s one-time cathedral suffer such a severe downgrade, check out the creepy, Sunset Boulevard vibe you can’t help but get watching Ivy League football at the 64,000-seat Yale Bowl—- now hosting crowds roughly equivalent to the throng waiting for the 7:23 at the Darien Metro-North station.

But that’s most likely not going to happen.

Hopkins seemingly made a savvy hire with Peter Milliman.

Milliman came from the Ivy League, where Maryland and Virginia (twice), had found its coaches; and he came from Cornell, from which the Hop had previously recruited another coach—Dave Petriemala.

As much as Cornell looks like a great gig now, it didn’t when Milliman took over.

He moved up from assistant to interim coach in May of 2017, inheriting a 5-8 team and what on a lacrosse field would be known as an “unsettled situation”.

And Cornell’s press release at the time had an unmistakable don’t-bother-decorating-your-office tone, making it clear that a national search would soon be underway for a permanent coach, and in the process, probably not doing much to help further Milliman’s authority.

And yes, it always helps to have a player like Jeff Teat; but Milliman went 13-5 in 2018, winning the Ivy League Tournament; and he’d managed to take a team that had begun the season ranked 31st nationally to the NCAA quarterfinals.

His 2020 Big Red team was 5-0, ranked #2 nationally in the season’s last media poll, and was just coming off a victory over Penn State.

It’s painful to have to see him move on from that Cornell team, but ironically, he’s doing it at a time when—by virtue of its refusal to grant spring athletes a one-time COVID-19 exemption—the entire Ivy League now finds itself in an Unsettled Situation.

Milliman hadn’t had time to compile an extensive recruiting history, but interestingly, 27 out of the 49 players on Cornell’s 2020 line-up were from either New York or New Jersey. 5, including Teat, were from Ontario.

Will JHU’s roster begin to look more like Cornell’s, with more New Yorkers and Canadians?

Will he instead, as many had long urged, take Hopkins’s recruiting effort further afield—to the types of places this site is devoted to covering?

Or will Milliman focus even more on local Baltimore and Maryland prospects?

But even among those of us who’ve never been big Hopkins fans–and let’s face it: Hopkins Lacrosse hasn’t always been easy to love–one thing’s certain.